There Are Lots Of People Talking About How Great It Is To Start A Business,
But Only Ben Horowitz Is Brutally Honest About How Hard It Is To Run One.

“There is more than enough substance in Mr. Horowitz’s impressive tome to turn it into a leadership classic.”

“His book takes readers through Mr. Horowitz’s own fascinating career, while sharing examples and dispensing advice drawn from the careers of others. . . . The honesty is both refreshing and compelling, and readers will enjoy being taken through challenge after challenge alongside Mr. Horowitz.”

“With a candid, even profanity-laced style that quotes everyone from Silicon Valley legend Bill Campbell to hip-hop star Nas, Horowitz writes about what it takes to manage people and lead organizations today. . . . Even the most seasoned managers will appreciate Horowitz’s discussion of the emotional toll of high-power jobs and what he calls the CEO psychological meltdown.”

“The most valuable book on startup management hands down.”

“This isn’t your traditional, how-to founder advice. He tackles the real problems and challenges entrepreneurs face. . . . But where Horowitz separates himself is in his advice around how to control your own psychology and demons as a CEO and founder. These are real problems that every CEO and leader faces, as sometimes they are their own worst enemy. . . . My bet is that Horowitz’s book becomes gospel for startups. His stories already have.”

“Horowitz tends to dispense management advice in a kind of one-two punch. First comes the self-deprecating quip about mismanagement and misery, delivered with a knowing grin and capped with a two-beat chuckle. But soon the smile will vanish, and he’ll turn dead serious. His brow will furrow slightly, his eyes will widen and focus with an intensity that borders on scary, and he’ll speak slowly, deliberately. It’s almost as if you can’t afford not to listen.” 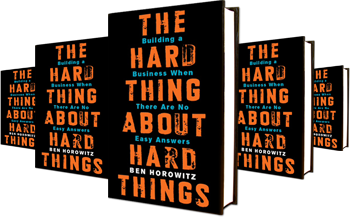 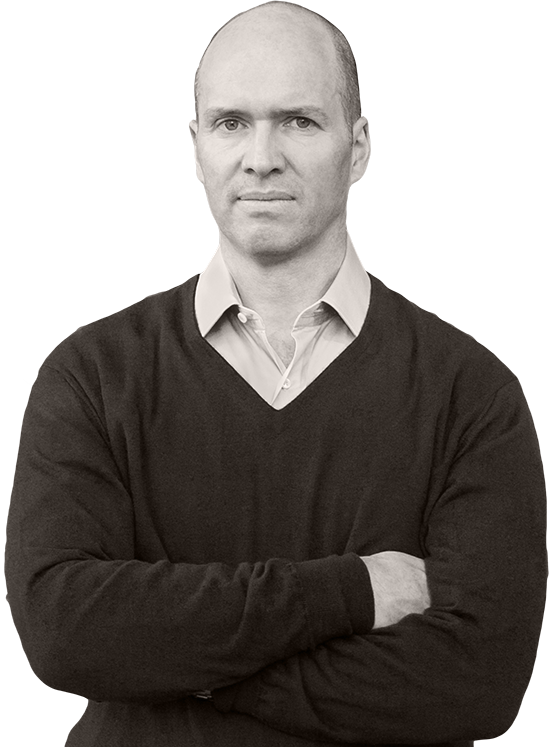 Ben Horowitz is the cofounder and general partner of Andreessen Horowitz, a Silicon Valley-based venture capital firm that invests in entrepreneurs building the next generation of leading technology companies. Previously, he was cofounder and CEO of Opsware, formerly Loudcloud, which was acquired by Hewlett-Packard for $1.6 billion in 2007. Horowitz writes about his experiences and insights from his career as a computer science student, software engineer, cofounder, CEO, and investor in a blog that is read by nearly 10 million people.